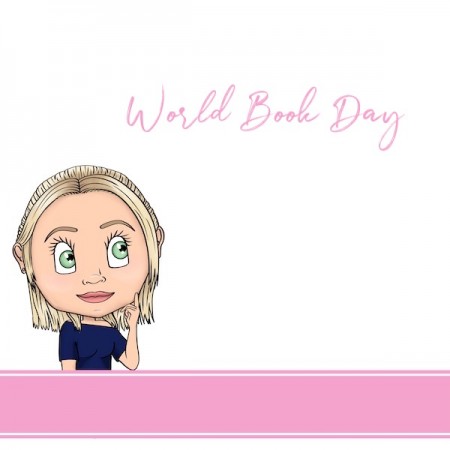 World Book Day is here and I’m uncharacteristically organised for it.

This is courtesy of my partner’s frequent reminders and my Amazon Prime subscription otherwise the boys would be going to school in their own clothes with me telling them to let everyone know they’re Roald Dahl characters. Thank goodness for Roald Dahl not writing his characters as having particular costumes or outfits.

This year the school set the theme ‘Dr Seuss’. All the children need to dress as a character from one of his books. I love a theme, the guidelines are pretty clear and there’s something for everyone, regardless of budget. The school also sent info such as ‘kids can wear their school uniform back to front or a funky pair of socks’ so this year’s theme won’t be too hard to work with. I suggested these options to the boys and was met with a resounding ‘No! We’re not doing that, we want proper costumes’.

Having never read a Dr Seuss book and not having any in the house Google became my friend here. A quick search and we settled on ‘Thing 1 and Thing 2’ costumes. I hit Amazon Prime (despite knowing about World Book Day and the Dr Seuss theme for roughly a month, the last hour was knocking at my door before I got organised for it) and after realising people offering anything to do with World Book Day a couple of days in advance had the market sewn up with costumes selling for double their usual market value I hit ‘buy now’ and am now the proud owner of 2 printed t-shirts and a tub of blue hair wax.

Feeling rather pleased with myself, having checked the t-shirts fit, I did school drop off yesterday morning to hear others talking about their childrens’ costumes. Seems one or two parents are handy with a sewing machine and have the creativity and skill to pull off a proper costume, not just a t-shirt and hair wax. I briefly panicked that the boys would be in the crappiest costumes then reminded myself that ever since we joined the school I’ve set the bar pretty low when it comes to costumes (as you can see from this post: Crappy Costuming Mum ) and the boys will be happy that they’ve got something actually purchased for World Book Day that relates to the theme set.

So there we have it – I finally feel like a mum who’s got her stuff together, albeit the lowest form of stuff getting as it’s really only 2 t-shirts and some wax (someone tell my bank manager that!) but it’s done masses for my self esteem and if I’d tried to make home made costumes they would only have fallen apart anyway*.

*My sister and I are traumatised by the time I ‘made’ her a dress for a fancy dress party when I was 18 and she was 21. We bought a couple of metres of what was possibly wedding dress fabric and I took to it with a needle and thread. I sewed on buttons to keep everything in place – total guesswork as I’ve never made any type of garment before. My sister went off looking great and the next day, reported back that the dress had fallen apart during the party and she was effectively wearing a sheet. Needless to say, I have never attempted to make any type of outfit (or alteration to one) again and when my sister did get married, she wore a dress by Vera Wang, whom I’m sure has a highly trained team of dressmakers.

Sign-up to get the latest news straight to your inbox.
Give it a try, you can unsubscribe anytime.
Go to Top